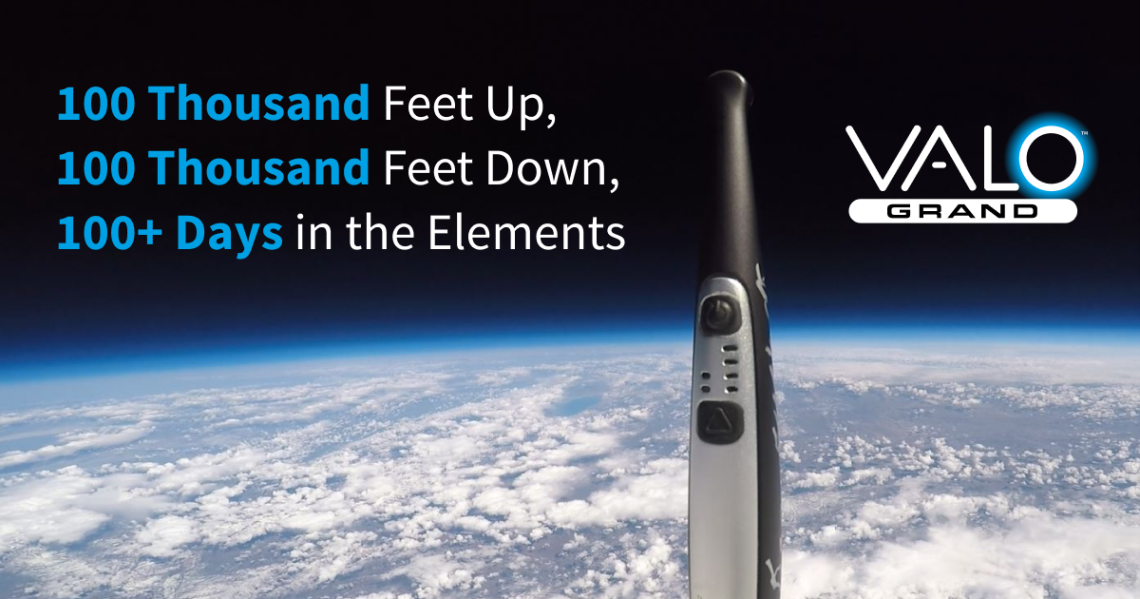 When Ultradent started manufacturing the VALO dental curing light in 2009, we aimed to produce the best curing light on the market, crafting each from a single piece of aircraft grade aluminum. So, it felt like destiny when the aeronautical DNA took over and we let a VALO light take flight.

To mark the VALO curing light line’s 10-year anniversary, we sent one to space.

Why We Sent a Curing Light to Space

Sending a VALO light to space was more than just a lighthearted attempt at fulfilling childhood astronaut fantasies. This venture into aeronautics showcases attributes that make the VALO light the industry standard for dental curing lights, specifically unparalleled durability. “The majority of your curing lights are going to hit the floor at some time or another,” says Dr. John Flucke, Chief Dental and Technology editor for Dental Products Report magazine. “This one is designed to come back for more.”

If a VALO light can survive a drop from space, it can certainly handle being dropped from a table in a dentist office…right?

To Boldly Go Where No Dental Curing Light Has Gone Before

Planning efforts started about 90 days prior to the scheduled May 1, 2019 launch date—this day marked exactly 10 years since the first VALO curing light was unveiled. Mike Simmons and his team developed a payload that would allow every angle of the launch, climb, and fall to be recorded, tracked, and (hopefully) located.

The payload consisted of a Styrofoam box holding five GoPros, a GPS device, a bobblehead of Ultradent founder and CEO Dr. Dan Fischer, and of course a VALO Grand curing light. This would all be carried into Earth’s atmosphere via a weather balloon.

Ultradent employees flocked to watch the send-off with their own party balloons in tow. Then all at once, like a flock of geese fleeing a lake, the balloons battled gravity and climbed to their destination in the sky.

The weather balloon carrying the VALO Grand light quickly ascended into the atmosphere as the Ultradent team followed its position with the GPS tracker.

The team trailed the balloon as it climbed—driving in its digital tracks—and thankfully, it was following the predicted trajectory. They expected to lose track of the cargo as it reached 40–50 thousand feet of elevation—they expected to pick up the GPS pings again when it descended back toward Earth.

After hours of lingering in a roadside diner without receiving a ping, the team’s optimism deflated, and they climbed back into the van for an emptyhanded return home.

But just when it felt like the payload was lost for good…a ping came through during the first night like a beacon in a storm.

The prognosis for recovery was far from ideal—the payload landed deep in the mountains, not far from the second highest peak in Utah. “The forest service told us it’s not accessible by car, it’s 10-12 miles (16-19 km) in from the trail head and they were sitting around 90 inches (23 cm) of snow at the time,” says Simmons. That’s when they realized there might be a real safety risk of getting stuck in the Uintas and decided to wait until the snow melted to recover the payload.

The venture into the backcountry began exactly 99 days after the launch, on August 8.

It was a rainy morning and they arrived at the trail head to find a waterlogged path. After a few soggy hours of riding, the team made it to their picturesque day-one destination. “We spent the night at a place called Dead Horse Lake in the middle of the Uintas. Beautiful scenery,” says Simmons.

At sunrise the team launched a drone in hopes of spotting the payload box from above. Unsuccessfully.

The team searched and searched until a whistle pierced the stillness of the mountain air. “Mike got visual of the payload box and blew the whistle. And we started screaming, we ran over and it’s in the middle of a hill of loose shale,” Oliver Brown, Ultradent’s Brand Manager over Equipment, says.

The jubilee was short lived, as they soon realized the VALO Grand curing light was no longer attached to the payload…nor was it anywhere in the vicinity. After a few hours of searching, the team resigned to leaving without the curing light, but their spirits were nonetheless boosted from finding the payload. “We were all beat at the end of that day…but when we started charging the GoPros in the car and started seeing the footage, it was really exciting,” says Brown.

The video investigation got underway immediately, with all five camera angles providing clues to the potential whereabouts of the missing VALO Grand curing light 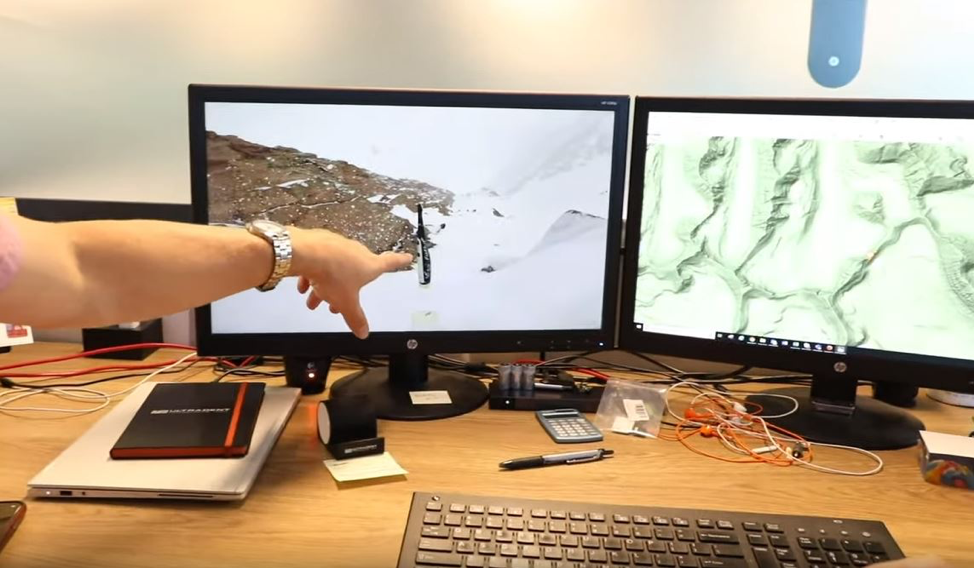 “We started to dig into the videos, seeing the footage, and started determining that where the VALO light went down was not the final resting place of the payload box,” says Simmons. “We put everything in slow motion, all angles from the cameras, sleuthing around. We saw the VALO light detach right when the payload touched down.”

Frame by frame, the footage was examined and the team developed theories for where the VALO curing light came to rest. They didn’t know exactly where it was, but they knew they needed to go back to the landing zone to find it

Return to the Wild

Powered by dedication and persistence (and a desire to spend additional days in the woods instead of the office) the search party–now including Katie Loyola, Associate Brand Manager–returned to the trail head once more and began their journey toward Dead Horse Lake and the landing zone for the payload. They reached the campsite and bedded down to prepare for another day of scouring the shale-covered slopes.

“I had a metal detector, and we were really concerned that we were going to have to scan all this shale with it,” Brown says.

Search number two got underway at sunrise, with the team determined to track down the missing VALO curing light more than 17 weeks after it was launched.

“When I saw photos of it I didn’t realize how large it is,” says Loyola of the landing zone. “You see these boulders on the top of the mountain and think ‘they aren’t so big’ then you get up to them and they’re the size of a school bus.”

The hunt was physically taxing but it soon provided hope—they found batteries that had been inside the payload box, but still no VALO curing light. “We also found a bell from a goat that’s probably long since been dead. A relic, it’ll be in the Smithsonian later,” Brown recalls, smiling.

After several hours of searching with only batteries and a goat’s bell to show for their efforts, the team threw in the towel for the day without securing the VALO Grand curing light. They returned to camp to spend another night at Dead Horse Lake with one final day of searching ahead of them.

When the batteries were found, the team had been searching the lower section of the landing zone. Now they had to canvas the upper rim and slope. “When you’re down in the lower part of the valley and you’re looking at the upper shelf, you don’t realize how steep it is,” Simmons says, eyes wide.

“It was so steep, we were thinking, ‘can you even walk on that? Should we have brought rope to harness in?’ It took 40 minutes just to hike to the top,” Simmons sighs. “We went to the very end of the cliff face and started to zig zag back and forth.”

Fortunately for the crew, they soon caught their biggest break yet.

“Probably 15 minutes after we hiked up, I look down and 20–25 feet (6-7 metres) away from me, I see this metallic signature. I don’t see the VALO light, I see Dan Fischer’s signature,” Simmons says with a visible glow. He enthusiastically blew his whistle and the crew scampered over to his location.

Brown grabbed the VALO Grand curing light and as soon as he put batteries in, it gave off a BEEP, signaling it still worked. That seemingly innocuous BEEP cascaded unfiltered elation over the search crew as pride in the curing light’s durability flooded through them.

The LED of the VALO curing light firing up after a trip to space and 126 days in the elements.

“I was yelling so loud, somebody else came over from a different mountain range thinking I was hurt. Full throated bellows,” Brown recounts, visibly relieved by the successful mission.

With the slog now finished, a victorious search team retreated from the landing zone for the final time, to proudly return the fully functional VALO Grand curing light to Ultradent HQ 126 days after it left. 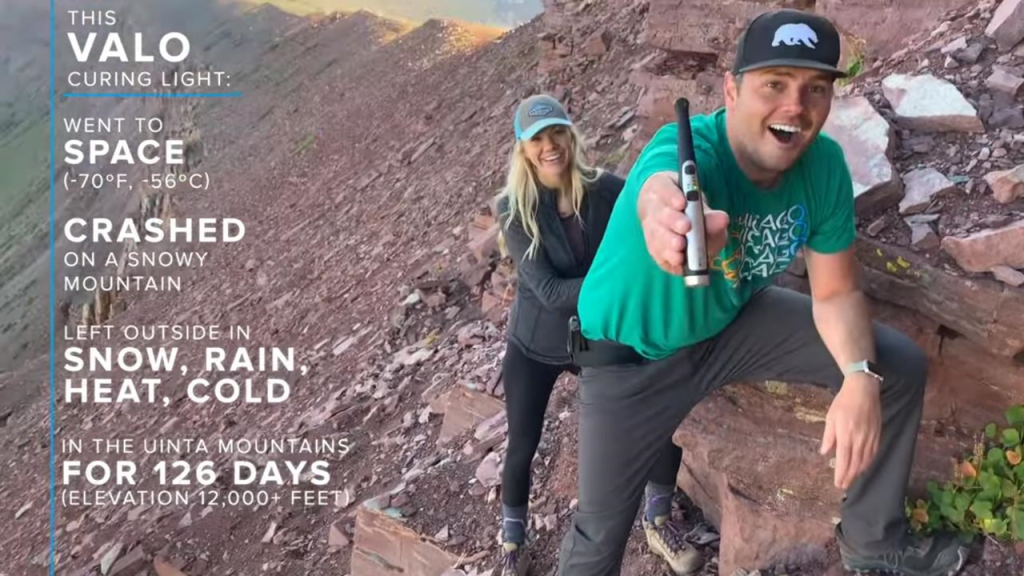 Watch the journey to retrieve the VALO Grand curing light that came back from space, as documented by the search crew: 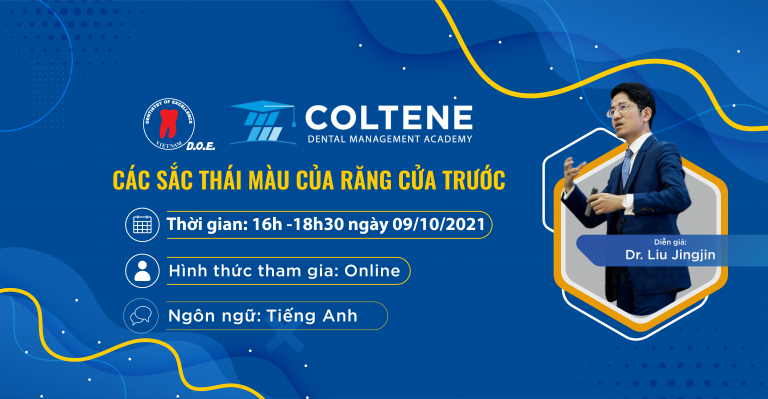 What is the colour in anterior teeth?